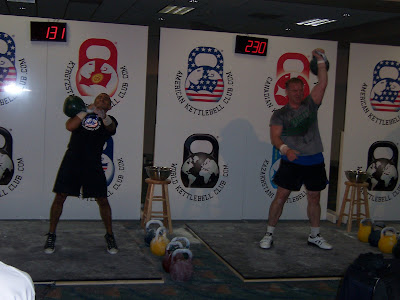 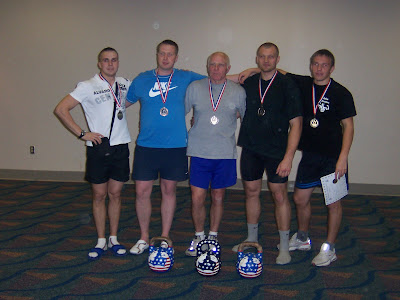 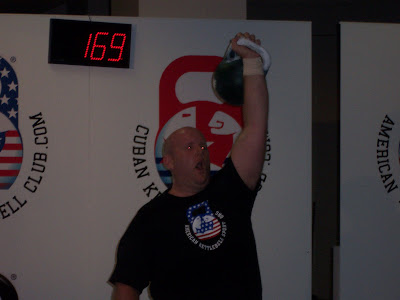 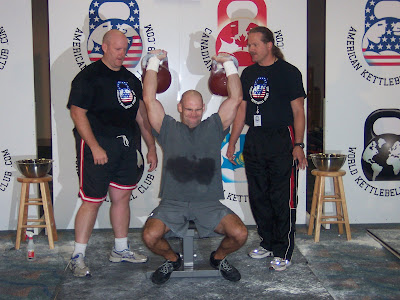 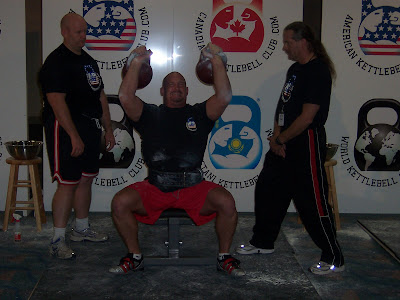 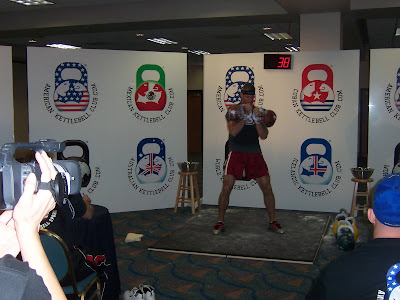 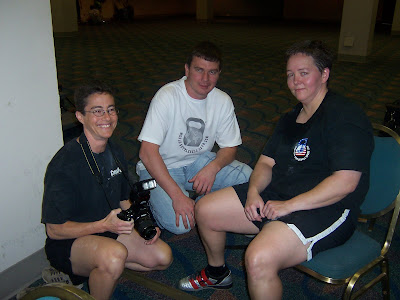 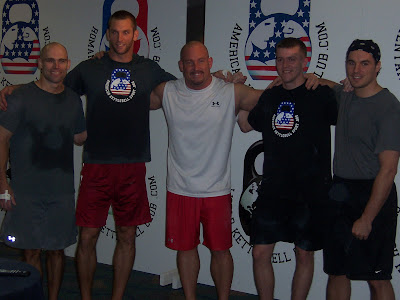 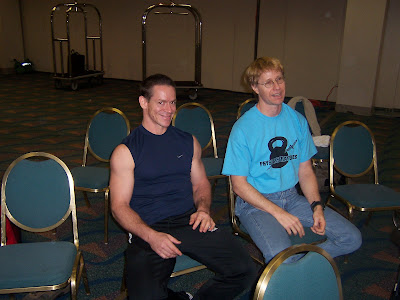 Steel blue skies opened the day with a tropical breeze gently moving the palms along Biscayne Bay. Miami’s vultures circled overhead perhaps waiting for a victim of lactic acid poisoning. Several horseman of the Apocolypse strode into the arena of battle hardened warriors. Their names were Long Cycle, One Armed Long Cycle, and Chair Press. They eyed their prey with carniverous vision but were met with resistance. Disciples of Steel stood in their way as the Kettlebell Lifting Athletes turned back the horseman with muscles of stone and the souls of heroes.
One Armed Long Cycle was new,… this horseman lasted twenty minutes. Many professional athletes would have wilted, but our heroes denied him victory.
Long Cycle Clean and Jerk has been known to torture his victims, but he was defeated soundly by our metal moving guardians.
Chair Press was last. He tortured in a focused manner, but was ridden hard, tied up wet, and sent home to cry.
Extreme metabolic adventures were planned, risks were taken, there were casualties, but the Horseman of the Apocolypse, AKA, the athletic challenges, retreated in defeat. Our heroes strode forward through the valley of death to achieve personal victory and athletic glory.
All photo’s by Cindy Furman.