Why Do Men Hit Women? 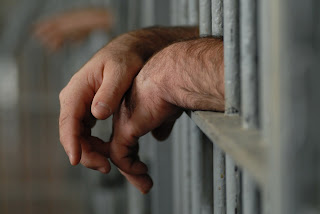 Is it my imagination or are things going crazy here? Please tell me when it was OK to slap women around? There is not a day that goes by that I don’t hear about a female in an “abusive relationship”. It’s like a plague. When I was young, I was taught, “..you don’t hit girls!” That was boundary one did not cross. Either my father, my mother or some relative would have dealt with me if I chose to challenge it.
Since when did that rule change? Did I miss the meeting? I thought the idea of manhood was to protect your loved ones. Maybe some of you grew up when Dad talked only business, golfed on the weekends, waxed his Cadillac and was the member of a country club. Essentially detached and emotionally removed. So when he wasn’t working, he was avoiding being home. I grew up learning how to build, use tools, fish, use a rifle, hit a heavy bag and speak the truth. Exactly when did this stop being a good thing?
I am placing the burden on males to actually be men and protect those whom they love, but sadly to say, and this is a recent discovery for me, women are part of the problem. First off, NO one deserves getting beaten. It’s the repeated nature of abuse that is most disturbing. As a young man, I would hear about a woman who’s last three boyfriend or husbands abused her. I’d be shocked and couldn’t imagine such bad luck. However, simple math exposes that the choices she is making are the problem. She no doubt came from an abusive home and is repeating the only pattern known to her. Intervention is what is needed, obviously. The other component is that by rewarding bad behavior [returning to the abuser or forgiving them] they are fortifying that behavior.
There are two simple processes at work here.
1. People do things, because they can. [Bill Clinton take note]
2. People do things because we allow them to.
Consider those things. Simply black and white. I realize that type of thinking is not popular. We are told as adults that life is built on shades of gray. This is valid in many circumstances, however much of life is black and white. Breathing, eating, death, taxes. We want to stretch boundaries and break the rules, but we don’t like it when others stretch our boundaries and break our rules.  We want others to be held to a standard, but we don’t want ourselves held to a standard.
Let me touch again about rewarding bad behavior. When we do it to children, we raise tyrants. Yet a popular theme is women saying they want “bad boys”. Think about that. Really think about that. Do you want a man who is sober, a loving, protective partner and powerful father? NO, you want an abusive addict, emotionally remote criminal who deals with weak communication skills by smacking around those whom he says he loves.
While the legal system can free criminals and also jail innocent men. [nothing is perfect but it’s better than the alternatives], it can confuse issues. Any woman can cry wolf and claim domestic or repeated violence ruining a man’s life. Officers, I have heard, claim that a “Domestic Violence Call” is the most dangerous of all calls due to the emotion and volatile nature. However, public records are free to view. Simple go to your county court online and search. You will be shocked what you find. Men who have repeated violence charges against them for decades by different women. Then they are announcing their engagement on Facebook to yet another woman who is rewarding bad behavior. How quaint. My Grandma Buchinsky, mother of 15 children used to say, “You’ve made your bed, now sleep in it”. Kind of a black and white statement from a 4′ 10″ Lithuanian lady.
I’ve not even touched on the subject of emotional abuse, addiction, etc. It’s far beyond my expertise and this blog post is only my opinion.
Here is a link for Broward County Court Search. Use the “Family/Civil” option. Other states, counties and countries have similar tools. Google them.