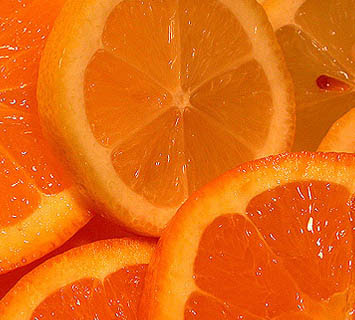 BACKGROUND: The role of vitamin C (ascorbic acid) in the prevention and treatment of the common cold has been a subject of controversy for 60 years, but is widely sold and used as both a preventive and therapeutic agent. OBJECTIVES: To discover whether oral doses of 0.2 g or more daily of vitamin C reduces the incidence, duration or severity of the common cold when used either as continuous prophylaxis or after the onset of symptoms. SEARCH STRATEGY: We searched the Cochrane Central Register of Controlled Trials (CENTRAL) (The Cochrane Library Issue 4, 2006); MEDLINE (1966 to December 2006); and EMBASE (1990 to December 2006). SELECTION CRITERIA: Papers were excluded if a dose less than 0.2 g per day of vitamin C was used, or if there was no placebo comparison. DATA COLLECTION AND ANALYSIS: Two review authors independently extracted data and assessed trial quality. ‘Incidence’ of colds during prophylaxis was assessed as the proportion of participants experiencing one or more colds during the study period. ‘Duration’ was the mean days of illness of cold episodes. MAIN RESULTS: Thirty trial comparisons involving 11,350 study participants contributed to the meta-analysis on the relative risk (RR) of developing a cold whilst taking prophylactic vitamin C. The pooled RR was 0.96 (95% confidence intervals (CI) 0.92 to 1.00). A subgroup of six trials involving a total of 642 marathon runners, skiers, and soldiers on sub-arctic exercises reported a pooled RR of 0.50 (95% CI 0.38 to 0.66).Thirty comparisons involving 9676 respiratory episodes contributed to a meta-analysis on common cold duration during prophylaxis. A consistent benefit was observed, representing a reduction in cold duration of 8% (95% CI 3% to 13%) for adults and 13.6% (95% CI 5% to 22%) for children.Seven trial comparisons involving 3294 respiratory episodes contributed to the meta-analysis of cold duration during therapy with vitamin C initiated after the onset of symptoms. No significant differences from placebo were seen. Four trial comparisons involving 2753 respiratory episodes contributed to the meta-analysis of cold severity during therapy and no significant differences from placebo were seen. AUTHORS’ CONCLUSIONS: The failure of vitamin C supplementation to reduce the incidence of colds in the normal population indicates that routine mega-dose prophylaxis is not rationally justified for community use. But evidence suggests that it could be justified in people exposed to brief periods of severe physical exercise or cold environments.