THERE IS NO TOMORROW 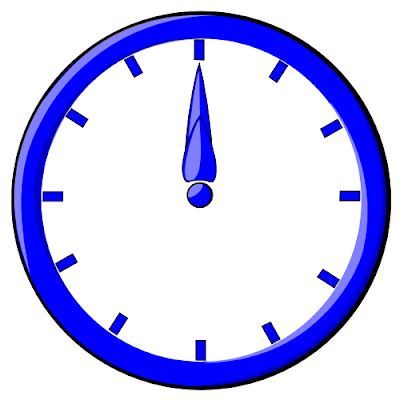 In Rocky Three, Sylvester Stallone’s character is training for a rematch with Clubber Lang (Mr. T). His mentor is his former foe, Apollo Creed, played by Carl Weathers. At one point, Rocky begins to lose enthusiasm. The newness and excitement of returning to the basics and becoming “uncivilized” has worn off. He kind of lets down his guard and quits mentally. Apollo wants to know what is wrong. Stallone says, “I’ll try again tomorrow.” Creed yells, “THERE IS NO TOMORROW, THERE IS NO TOMORROW!”
The fight was going to happen even if he didn’t train. That one line, can add clarity to your life. It did to mine.

Many years ago, I met my wife on a movie set. She was replacing a propman who was caught in traffic, and I was working as security for director Sidney Pollack, Sally Field, and Paul Newman, along with several other security team members. During our dating and later our engagement, I called my older sister Diane in Pittsburgh to let her know that I had met the girl I would marry. I had planned to drive to Pittsburgh so my future wife could meet my family and my sister. I put off that trip. You know, the usual stuff,.. busy, lack of funds, my car was too old, weather, as so on and so forth. Well, I guess I put it off long enough. I lost my sister at age 33 to a multiple sclerosis type disease that was gradually shutting off nervous function in her body silently and with little warning. It was December 19th of 1981. There is no tomorrow.

This “life event” as the chat shows call them had a profound on me, but not nearly as powerful as it would over time. Sometimes events need to “stack” so they redirect this game of decision called life. My awareness of mortality increased, but that enhances your passion for life. Exercise, good diet, and knowledge gathering became passions. With this new found energy my wife, Cindy, and I, decided to take a different path than many. We decided to have a home birth, and had our first child, Shane, in the very bed we have to this day. Not too many people were happy with our choice, but we were. The experience provided the foundation for our second child. He was born in a hospital since we wanted to simplify things. Unfortunately the Doctor left the hospital after waiting for ten hours of labor proclaiming, “She won’t have the baby till tomorrow!” My son Noah, had other ideas and he decided on making entrance as soon as the Doctor left. The nurse on duty and I delivered him. There is no tomorrow.

Years later my mother was in ill health. She had lived a rugged life in a coal mining town, one of fifteen children in Ehrenfeld, Pennsylvania. Her mother had an even more rugged life, getting married at age 14 and have a child per year for many years. We had planned a trip up from Florida to Pennsylvania to see Mom, but as things go, work got in the way, the kids were starting school, and it’s a long drive. Well, Mom died. I made the trip alone, and had to leave my dad on his front porch to live alone after he had been married for 56 years and known my Mom for 60 years. It was one of the hardest moments of my life. I needed to wind down on the trip home which I always drive nonstop for twenty hours. I wandered up through the Smoky Mountains to see my good friend, and mentor, Mike Collins, the Marine. We sat in his kitchen perched on a cliff on top of the mountain. The clouds actually pass by his back porch as we drank pots of black coffee and cans of MetRx protein. He told me that through his many careers as a Longshoreman, Teamster Negotiator, Professional Wrestler, Stagehand, Force Recon Warrior,and currently a Chainsaw Sculpter, that one thing became apparent. Time doesn’t stop. Don’t get old doing something you don’t like doing. There is no tomorrow.

Two months later I was leaving for work one morning. My wife, Cindy, and I talked about traveling to Boise, Idaho again. It was one of our favorite spots on earth. Her oldest sister Claudia lived there in a log cabin on a mountain top. We both felt the need for a break after my mother’s death. We wanted to take the trip sooner rather than later, but we decided on later since “life” was making us put it off. This was the day after Christmas in 2002. I got a call at the theater. Cindy was screaming in pain so loud that I could barely understand her. She told me through tears and despair that her sister Claudia, had died in her house of a brain aneurism. There were no indications of any illness previous to this. My wife ended up going to Boise for the funeral. There is no tomorrow.

My work in the technical end of Theatrical Productions has extreme hours and intense conditions. Sometimes this steals time away from family life. You try to compromise, and some times it works, and some times it doesn’t. I planned on meeting my family in Miami one night after work. The drive is long and the traffic is dangerous, but seeing your kids awake and wife rested is incredibly rewarding. I put off changing jobs because we were getting used to this hectic pace and doing what is predictable is easy. Well, someone else decided to change our lives. A drunk driver smashed into my wife and boys nearly killing them. He made a retreat, broke an axle, and took off on foot. He is gone forever. Other than bruises and mental trauma, my family was still alive. I had put off a decision and it almost cost my family their lives. There is no tomorrow.

These “stacked traumas” can beat you down. They can also make you focus. I had thought about filming a training video. I wanted it to be different and reflect some of my ideas about training, as well as my personality. I got input from Steve Cotter on filming his DVD’s and he helped me a great deal. I had numbers in mind and I needed someone to film it. Luckily one of my clients knew the owner of a video production company. I knocked off the script, arranged the talent, and we attacked it. Hurricanes, influenza, filming permits, hours of editing, and one year of off and on work,,,.. well, there is a tomorrow. I FINISHED IT. If I had any other life,..I think I would have quit. If it had happened earlier in my career, I might have shifted gears. If I was the man I was 20 years ago, 10 years ago, or 5 years ago,….I might have just daydreamed about it. Life teaches you lessons,…well not really,…YOU teach yourself lessons. They are always there, but you HAVE TO BE SMART ENOUGH, OR WISE ENOUGH TO SEE THEM.