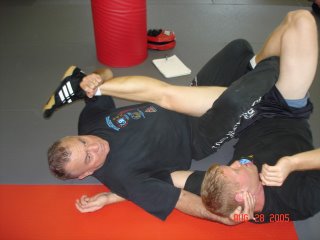 It started with Judo in the ’50’s and, high school wrestling, Tang Soo Do, then Shotokan and finally Kenpo, where he met Dan Inosanto. This lead to a meeting with Bruce Lee. Viet Nam followed, and then a return to his study of Jeet Kune Do. His careers have included Military Police, Bouncer, Sheriff, and Bodyguard. He entered the ring and competed in early Toughman Contests. He travels the world teaching seminars, is a published author, and producer of instructional DVD’s. Larry Hartsell was known as the JKD “Fighter”. He was even recruited as a technical trainer for the Dallas Cowboys. Perhaps this statement by Larry’s friend Tim Tackett sums up the character of this warrior.

“Back in North Carolina Larry Hartsell was shot 3 times with a .22, chased the guy for 3 blocks, caught him, and the guy spent more time in the hospital than Larry did.”
To contact Larry, go to his website – http://www.jkdassoc.com/ 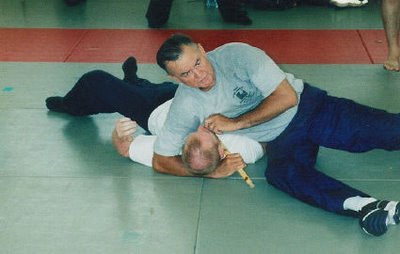