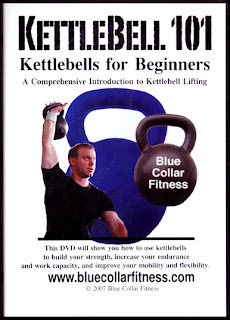 BUY THIS NOW AT A CHRISTMAS SPECIAL PRICE OF 10 DOLLARS, PLUS 2 DOLLARS SHIPPING. THERE IS A LIMITED SUPPLE OF THE BEST OF THE BEST KB BASICS DVD

Tom Corrigan is not just any Kettlebell Instructor. His thirst for knowledge began as a high school athlete and continued with a Masters Degree from Western Washington University. He is currently a Firefighter for the city of Everett, WA. In his many adventures across the globe, he’s trained with Pavel Tsatsouline, Dimitri Satiev, Mikhail Marshak, Valery Fedorenko, Dennis Vasiliev, Igor Morozov, Sergey Rachinskiy, Vladimir Tikhonov, Sergey Rudnev and the legendary Sergey Mishin. He’s the coach behind the coach, and is often called upon do diagnose and analyze training templates and technical issues. He’s coached both Football and Wrestling so the transition to teaching kettlebell lifting is not merely a passing fancy. He’s got both the pedigree and the time under the bells.
When once asked, why kettlebells and firefighting his comment was this-
“While fighting a fire, I am always lifting heavy objects off the ground, carrying heavy things quickly up stairs or down hallways, working with heavy tools over my head, and bending or crouching down as I pull hose or search for victims. Bending over and lifting things, standing up with heavy weights, pressing and holding things over your head describes kettlebell lifting to a tee. Our class motto at the State Fire Academy was “Train like you fight, fight like you train”. Are you training like you’re going to be fighting? I have yet to sit on a bike seat or a rowing machine seat, or lay on a bench on a fire scene.”
Tom teaches two distinct methodologies for his clients. One is specific to fire work and it includes training in the traditional Russian lifting system. However Tom modifies it to take on some of the biomechanical stress of fire work. He’s not simply copying skills and trying to amplify them with resistance, but rather provide adequate adaptation of the body systems to the broad demands of the job.
This methodology has advanced with Tom’s maturity and training. Along with studying with the Honored Master of Sports in St. Petersburg, Russia, Tom visited the firemen in that city to verify exactly what they do. When asked what fire fighting is like in Russia, Tom replied, “Older buildings, candles and therefore LOTS of fires”. In an arena such as this, methods either work or they don’t. There is not much to debate about. Things that fail are tossed aside and only the “bang per buck” tools are kept.
Here is a brief outline of Tom’s methods. Remember there is much overlap in his Fire program and his GS program.
1. Posture
2. Bodyweight Exercise
3. Basic 5 Lifts
4. Programming
5. Circuits and Stairs
Tom’s GS workshop, often done in partnership with Master of Sport, Mikhail Marshak, are known for detail and hands on instruction. You literally get a Western Sports dialogue in alignment with an Eastern Sports Master. This material at it’s core is from Coach Rudnev, who is the Dean of GS instructors. If you even have a slight interest in kettlebells, you owe it to yourself to seek out a workshop with Tom Corrigan. If you are a fire fighter or emergency responder it’s a no brainer.