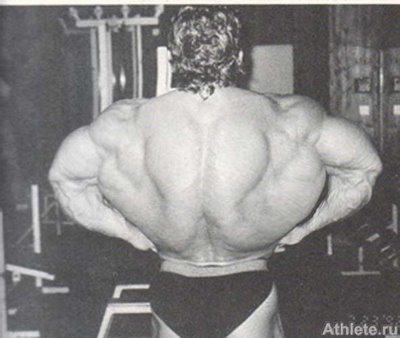 The concept of “Fatigue Cycling” is presented by Pavel Tsatsouline in the book, “Beyond Bodybuilding”. His article is thorough and easily adaptable to many circumstances. If you haven’t seen it, do so. If you don’t own the book, buy it.
This short statement by Pavel sums it up. “The “Russian Fatigue Cycling” technique is another dependable plateau buster in your strength and muscle building toolbox. The routine maintains the structure (the same exercises, sets, and reps) but jolts the system with the fresh stimulus of a new exercise order.” This is simplicity at its best,…creating the utmost with minimum.

Recently I read about an old time HITTER who tried a gym experiment. He installed TWO variations and tested his protocol to see if it had a better effect. It did. More effective than just training with new reps, exercises, or program. His variations, or deviations from the sacred rules of HIT were,…
1. Instead of Superslow (10/10 or 10/5 rep speed), or standard 2 up, 4 down speed, he made the concentric speed twice as long as the eccentric. He theorized that the negative or eccentric was a rest period since the muscular friction allowed you to ‘coast’ while lowering the weight. Therefore, spend more time doing the hard stuff, or lifting the weight. He did not throw out the negative, just de-emphasized it.
2. Exercise order was altered each workout. This is like Russian Fatigue Cycling. The difference is that was a preferrential order to do so. THIS WAS DETERMINED BY THE WEAKEST PERFORMANCE OF THE LAST WORKOUT. In other words, if your Front Squats really felt weak last workout,…they will come first the next workout. Reps will not change, exercises will not change, rep speed will not change, rest will not change. Simple alter the order by understanding what is weakest. In fact,…list your exercises by number, weakest to strongest, and use this as the sequence for the next workout.

Now you have some incredibly simple tools to alter what is already an extremely potent training theme.
Simple rules, would be–
1. Workout 3 days per week.
2. Pick multiple joint exercises.
3. Do 3 to 5 reps, for 3 to 5 sets.
4. Do 3 to 5 Exercises
5. Make the Positive twice as long as the Negative.
6. Alter the order by determining your weakest exercise, and doing it first. Your strongest should be last.
7. Most important. Get “Beyond Bodybuilding” and READ the article.