Don’t Be A Sissy 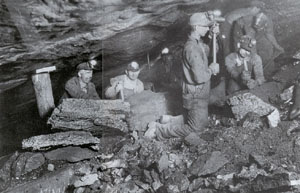 Actual toughness, or the ability to persevere in adversity is rare these days. Let me relate to breeding animals. The term “gameness” is used. Gameness does not mean posturing, aggressiveness, size, strength, or anything else. It means, “the ability to continue when the situation is hopeless”. This quality is lost in the modern lifestyle. It is also lost in modern training.

I frequently review the training programs of trainees and I am amazed how the smallest disturbances or mildly stressful days can throw their training into a downward spiral. They lose a few hours sleep, have a difficult commute, don’t have the right towel to pad their neck for squats, etc. etc. It’s as if they are begging for an excuse so they “have” something to complain or bitch about. They probably fear success or maybe they fear that the harder they work,..the harder the work will get. Doing 20 squats with 135lbs is no where near the grief of doing it with 225 or 315lbs.

There are many great training programs that require consistent adherence and monk like devotion. They are not however, etched in stone. Good training methods should be flexible, with variations available for specific tailoring and individual variation. It is shocking to find sixteen year olds and forty six year old practitioners who apply their moronic, anal retentive, twist on training. They start training the same time every day, they do exactly the listed number of sets, reps, timed rests, and exercises. They eat a post workout meal as if it actually has the impact on their hormonal cascade that anabolic steroids would. They go to bed early, and avoid “stressful situations” as well. They know this works as well because they read it in a muscle magazine. To be crystal clear,…they have NO life. There is training, eating, going to the bathroom, sleeping, and research (reading muscle magazines). Forget a girlfriend, a wife who you actually like, children, pets, hobbies, friends, productive career, or social interaction. To be successful at sport or strength, you have to be an obsessive compulsive narcissist.

Real toughness and strength can be produced in times of diversity, period. Soldiers in battle do not have optimized levels of testosterone, glycogen load, or lean body mass. My close friend and Marine, Mike Collins, weighted 140lbs in Force Recon. He later wrestled at 285lbs with a 34 inch waist at 6 feet tall. He lived through things that would kill other men and I am sure he is tougher than you. Jack Reape, powerlifter, author, father, husband, and all around badass continued to train and compete before, during, and after Hurricane Katrina. His family was displaced. His ability to tough it out and not be a sissy, allowed him to be stronger now than ever. Kevin Tolbert, Dr. Ken Leistner’s protege used to train on a Navy ship and actually do squats between the rocking motions of the vessel. He would drive to Dr. Ken’s from his school on Friday night, and go through training that would kill a normal man. He would spend the weekend, and train again on Sunday afternoon before his drive back. He did this for years.

I am actually shocked at social gatherings with athletic people have trouble standing for any amount of time without pain. What is the purpose of the training effect other than to make you stronger and more enduring under ANY circumstance. These so called athletes complain of sore muscles after yard work or moving furniture. Imagine that. These are tasks that retirees accomplish. They put in a few extra hours at the office or lose a few hours sleep and it completely derails their training. Pathetic, isn’t it?

This lack of ability to deal with adversity extends to food. Five meals a day, six meals a day, 8 meals a day,…you have go to be kidding me. What 5 foot 9 inch 300 lb. chemical monster bodybuilder eating on the above schedule could have existed in any other time but this one? He could not have lived without microwaves, protein supplements, modern food distribution and transport, and refrigeration. I imagine his “anabolic” state is compromised if he misses a meal or burns an excess calorie. So his appearance or strength is a fragile slice of time and any outside factor like getting a haircut or constipation could be the straw that breaks the camel’s back.

At the other end of the spectrum is the dieter. I call them that because “being on a diet” gives them something. They have found that the pleasure given to them by food far exceeds personal relationships, appearance, health, and other sources of happiness. They frame things by food as well. They give you directions by telling you the fast food joints along the way. They constantly tell you about how well their diet works, BUT, they have to get back on it,…it is the holidays,….there was a birthday,…etc. etc. I have news for you. Skipping a meal won’t kill you. Skipping two meals won’t kill you either. Your body has mechanisms in place so you won’t die. That flab around your belly and on your butt is a rich fuel source and it will do nicely. You can actually run several marathons on that fat. If you are REALLY fat, you can run ultra marathons back to back for months. Get over it. Stop acting like the last snack or meal you had is SO directly responsible for you being tired, lazy, or in a bad mood. Focus instead on dealing with adversity and not medicating with calories.

Life is a state of flow. It has random and unpredictable components. This is called Chaos. No matter how well you think you have it in hand, it will get away from you. I think about Jeff Goldbloom’s character in “Jurassic Park”. The founder of the park said they were creating only female dinosaurs to reduce aggressiveness. Goldbloom’s character thought this was amusing since chaos determined that life is more powerful than the scientists trying to control it. He was right. That’s how they got boy dinosaurs.

If your training is first in your life. Change it. It may be important, but it is not more important than human interaction. Please take note. Many popular athletes and trainers seem to place themselves as some sort of Superman at the Fortress of Solitude. They shun surrounding themselves with family. Like it would almost make them look human or less tough. The opposite is true. Social interaction or families challenge your ability to be diverse and they are a signature of success. Needing friends and family is part of not being a sissy. Being able to skip a meal or training session to spend time with friend or family in need defines toughness. Driving 1000 miles to a funeral with no sleep to comfort loved ones is far more important than a bench press PR. Keep it all in perspective. Picking up heavy things is alot of fun,..but as my father used to say to me, “That’s why we have forklifts.” If you can’t dig a ditch, carry cement, or stand on cement for 12 or 14 hours, maybe your training isn’t so smart. Toughen up.