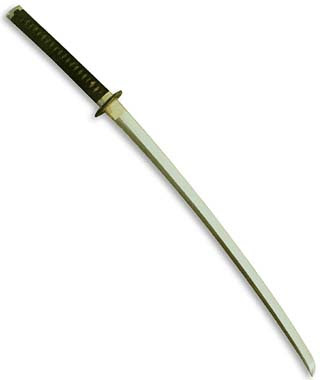 Choose.
The ability to choose, or make a decision is one of the most powerful skills in the human arsenal. The adult decision making process is what makes billionaires and what makes serial killers. Fortunately most of us fall between those two realms.

Remember, “Decide” means to CUT. That means to divide between what your path will be and what it won’t. What ever will be will be.

Remember, by adopting an adult decision making process, or taking RESPONSIBILITY for your actions, you have almost total control. If you do not take responsibility for you decisions, then someone else is in control. For the weak willed, this is somewhat convenient. They always have an EXCUSE for the bad DECISIONS they make. They would call them REASONS. I have a friend who, when he has a merchant give him shoddy service, listens to their dialogue with a spring loaded reply. They tell him, the REASON something was late or incorrect was such and such. He replies, “That is not a REASON, that is an EXCUSE.” That one line has much power. People who do not accept responsibility for their actions constantly have reasons why they were late, ate too much, have no money, don’t get the ‘good’ job. To take a slice out of life, think of the severe case of a woman who has series of relationships with abusive men. This is perhaps one of the bleakest situations. The common factor, unfortunately is the woman and her inability to make appropriate decisions regarding relationships with men. She chooses bad men. She has the power since she has the choice. This is a distasteful way to make a point, but I feel it is necessary.

Now apply that magic power of hindsight into your own life. At what points did you not take responsibility for something you chose? It doesn’t have to be a big thing either. Not too many people hit the age of 12 and decide on world domination. Usually a bad path in life is lined with a series of smaller, idiotic, decisions that increase the ego and boldness of the individual until they are robbing a gas station.

There are absolutes for everyone. We can generally agree on them, but not always. You decide not to rob a bank, but some people decide to. You decide not to use heroin, but today we see housewives that use Crystal Meth. What goes faulty in their decision making process that allows this to happen?? Certainly a subject for a shrink convention. You choose not to murder, but their are many who decide to murder. Some of them actually take responsibility for their actions of murder as well.

Someone once told me that there are many gray areas of life. A murky in between world where right and wrong are dilute and vague. I told them that life is like a non dimming electrical circuit. Many, many, times,..it is either off or on, yes or no, “I do” or “I don’t”. It is just that easy. The need for the gray areas of life are for those who CHOOSE not to take responsibility, but rather be bounced about like a pinball allowing life or others to make choices for them and base their existence on “bad breaks” or “rotten luck”. That is not the territory of those who TAKE RESPONSIBILITY FOR THEIR ACTIONS. They have keenly trained their adult decision making process so that their are absolutes then there are variables. The absolutes, enhance the variables by sending a message to the brain to choose not to do certain things, even though doing so is not a cardinal sin. This is how people give up smoking, drugs, gambling, drinking, etc. etc. They make these gray areas absolute ones and move on. They can have fun choosing what color flip flops to buy and never have to worry about skipping exercise, gambling away their 401k, or beating their children.

Wake up tomorrow and take responsibility. Look in the mirror and take the power back, and stop making excuses. Don’t base your life on a series of cheap stories about how life kicked you in the ass or you get bad breaks or there are no good men, women, jobs, neighborhoods, or you have your mothers thighs. Stop lying to yourself. Those 10 pounds you gained are probably not muscle, and those jeans aren’t making you look fat,…you are fat. Those are things you can deal with. Be responsible.