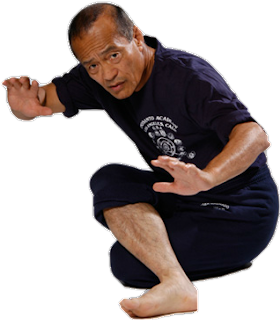 This article is snagged from an earlier interview I posted on this blog. The portion on silat is quite good. I edited it a bit for flow. The fact that Dan was a public school teacher for so many years kind of paints his expression of history, geography and the sociology in this piece. With the current silat based movies, Merantau, Raid:Redemption and the upcoming Berandal,.. a bit of background about this violent art adds clarity. Enjoy.
————————-


“Silat is an Indonesian or Malaysian or a Southern Filipino martial art. However, silat can be found in Southern Thailand and it can also be found in Southern Burma. Silat can now be found in Holland and it can also be found in England, the United States and in Australia. I think Jon Dejong used to teach it out there. There are just so many different types of silat systems. I think that Don Draeger once said that there’s over 158 different styles of silat. However, Herman Suwanda before passing away, said in West Java alone, there are 200 styles of silat. What it is is an individualised art and it is my belief that sometimes you cannot use that art because it is individualised for that person. So the mistake most people make is, they try and learn that particular silat system and it may not fit their attributes because it may not be their game. However, I think from a coaches view point and more or less a philosophy and martial art view point, each silat system has its own different characteristics and it’s kind of fun to research it, just to see how different people defended themselves and attacked from that type of system.

John De Jong was a Dutch Indonesian who studied an art called Minangkabau from the island of Sumatra. He also studied Serak and he kind of joined the elements of Serak and Minangkabau. He also studied under another Silat Instructor who was also Dutch Indonesian that taught him Silat. He had three tours of Vietnam in the Special Forces and was in a group of Special Forces with a bunch of Native American Indians from different tribes. That’s why he was heavily into all the Native American customs and things of that nature. I met him I believe in 1977 or 1978 and we then became just really good friends, we exchanged tactical things. We formed at that time what we called Kali/Silat. He has passed away now, but he was really outstanding. He was more of a fighter than he was a teacher, that’s why many people found it very difficult to train under him because he was more into fighting and everything was for the fight. He was not too much on the artistic part although he could do it.

He also trained in the Japanese Katana, so he was very good at training that also. But every time he did it, he had a kind of like Japanese/Indonesian look when he did the Japanese art. But he was a great martial artist and was very knowledgeable but sometimes, because he was in such a rush to get the material out, that there wasn’t any kind of curriculum and he would say “o.k., let me feel it, this is what you want to do.” So he would teach more through feel and that’s the way he taught.

I’ve trained with Johnny LaCoste which is Southern Filipino Silat. I’ve trained with Eddy Jafre who’s from Sumatra and he has a combination of four or five different systems. Then I trained in Malaysian Bersilat under Nik Mustafa and that was a combination of Lyncha Java Silat Betaga they call it. He mixed it with what they call Gayong Harimau which is different from original Gayong. So they’re very in between and he kind of mixed his art too, because where he lived, it’s very close to the border of Thailand. So there’s kind of a Thai / Silat look in his buahs and that’s where I learned it from.