BLINK AND YOU WILL DIE IN THE DARK! 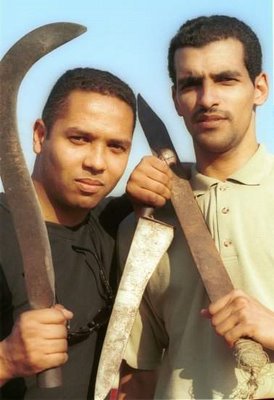 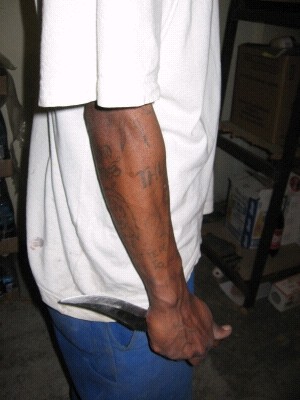 My first exposure to Piper, or the Capetown Knife began on the Animal List some time ago. Lloyd Dejongh and his training partner Nigel February exposed the small group on the mailing list to a simple, but incredibly violent, method of offensive knife combat. They explained that this was the method culled from Capetown gang members and ex convicts. There was an African flavor to it and definite Silat qualities that might have been influenced by the Malaysians who migrated to South Africa. Keep in mind, this was a method used to murder people, and not a “life saving art” that is taught as part of many modern curriculums. Lloyd and Nigel were questioning members of the list as to what solutions they had to deal with this deceptive blade work. This VHS tape was kept within a small circle and only a chosen few have seen the “7 minute tape”.
Years later Lloyd and Nigel have systemize not only the bladework, but possibilities of dealing with it. They teach a complete format called “Pipersystem”. They both operate and interact in the executive protection field using their finely honed sense of assault awareness and varied martial arts backgrounds of Piper/Reform System, Parker Kenpo, Capoeira, and the hybrid known as “Ronin Silat”.

If you want to download a small clip of PiperSystem,… Go Here.