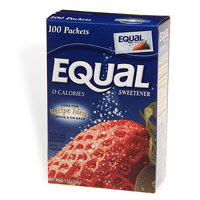 Aspartame is a methyl ester of a dipeptide used as a synthetic nonnutritive sweetener in over 90 countries worldwide in over 6000 products. The purpose of this investigation was to review the scientific literature on the absorption and metabolism, the current consumption levels worldwide, the toxicology, and recent epidemiological studies on aspartame. Current use levels of aspartame, even by high users in special subgroups, remains well below the U.S. Food and Drug Administration and European Food Safety Authority established acceptable daily intake levels of 50 and 40 mg/kg bw/day, respectively. Consumption of large doses of aspartame in a single bolus dose will have an effect on some biochemical parameters, including plasma amino acid levels and brain neurotransmitter levels. The rise in plasma levels of phenylalanine and aspartic acid following administration of aspartame at doses less than or equal to 50 mg/kg bw do not exceed those observed postprandially. Acute, subacute and chronic toxicity studies with aspartame, and its decomposition products, conducted in mice, rats, hamsters and dogs have consistently found no adverse effect of aspartame with doses up to at least 4000 mg/kg bw/day. Critical review of all carcinogenicity studies conducted on aspartame found no credible evidence that aspartame is carcinogenic. The data from the extensive investigations into the possibility of neurotoxic effects of aspartame, in general, do not support the hypothesis that aspartame in the human diet will affect nervous system function, learning or behavior. Epidemiological studies on aspartame include several case-control studies and one well-conducted prospective epidemiological study with a large cohort, in which the consumption of aspartame was measured. The studies provide no evidence to support an association between aspartame and cancer in any tissue. The weight of existing evidence is that aspartame is safe at current levels of consumption as a nonnutritive sweetener.