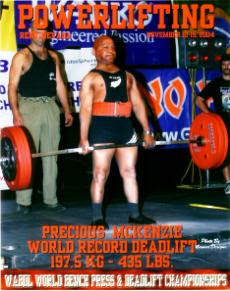 He is 4′ 9″ tall. He is probably stronger than you, does better Olympic Lifts, and has more bodybuilding trophies. His grandson may be older than you too. Here are some of his achievements. He is Precious McKenzie.

He can also fix your back. He is one of the best. Check out his web page.