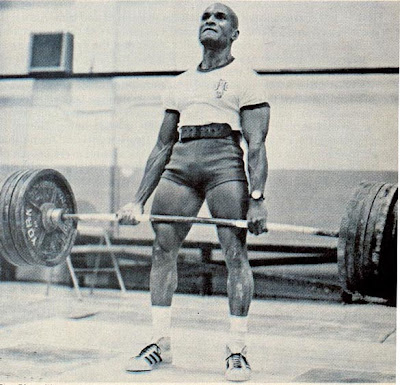 Don Blue was a World Champion at 148. He used a higher set, higher volume approach to training. He felt that most powerlifters had no endurance during meets. His method of higher reps was not a jump from sets of 3 to sets of 5. Don Blue did 10X10! For him it worked rather well. He recovered from stab wounds to the lung and eye to compete weeks later. Here is a nice historical piece on this powerlifting icon. DonBlue